For YA Friday I had the chance to interview KD Rose, author of the new YA paranormal release, Erasing: Shadows. First, the synopsis- 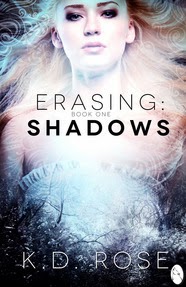 The Book-
Generations of mystery smash together when a seemingly traditional family must shatter their illusions of normality to confront themselves and their friends, leaving no possibility unexplored in order to rescue- well, who exactly?

Watch the Ross family, the High Five Gang, and multiple generations dig into an innovative explosion of imagination where they must confront numerous realities, real-world danger, and worst of all—their own teenage hormones!

In a place where nothing is as it seems and shocks are around every corner, even the people you thought you knew may find themselves strangers in this moving and provocative reality-bender. With breathless pacing and psychological intrigue, Erasing: Shadows and the High Five Gang will keep you guessing until the very end.


1. Tell me about your road to publication. 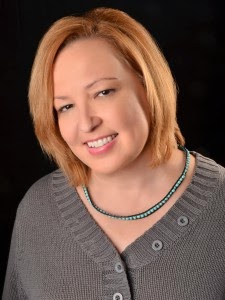 With this book especially the road to publication is a little interesting. I had been publishing indie books, mostly poetry and short stories since 2012 and then I decided to write a series focusing more on fiction for New Adults. I wanted to start writing some different kinds of things and broaden my readership. In the process of doing Book One Erasing: Shadows, I hired an editor and the long and short of it is that ( I didn't know this) she happened to be an editor for a  publishing company and she liked the book so much that they picked it up. So now I am writing other things for that company and their sister press ( Lycaon Press for New Adult works and Breathless Press for more adult oriented stories.) I am using another pen name for the more adult oriented books because I don't want any confusion but I have already had two short stories and one mystery accepted. So it feels great having a publisher after I spent all that time in the indie world. I still write poetry too, however now instead of books I send it out individually to magazines. I have had two accepted recently, once of which just came out in Candlelit Magazine. So I am using all the arenas for publication I think!

2. What inspired this book?

I've been keeping a dream diary since 1984. I have a book kind of ready to go for that, and that will probably be another indie book, but I wanted to use some of the things I've learned and put them out in an entertaining way for younger audiences. I wanted to write for a broader base for entertainment but also something that makes them think at the same time. Plus I have a million ideas going in my head at all times so I wanted an outlet for some of those ideas that were more wordy than poetry. This book is book one of seven in the Erasing Series. I am hard at work on Book Two Erasing: Shattered right now. The idea of doing a series really interested me because it meant I could really get in depth about the characters and world building.

3. What helped you the most in your quest to become a writer?

Reading! I think all writers read and we all have our favorite authors. I can say I have been shaped and made to think by some of the giants in the business and I think that is one of the best outcomes you can expect from a book or a writer.


4. Do you have any tips for aspiring writers?


First learn the tools of your trade. Its too easy to publish nowadays without knowing what you're doing. Don't be satisfied just putting something out. Know what your doing. Then after that, write, write, write! And don't censor during the rough drafts. Your best stuff will come then but only if you don't censor. Then when you finally do censor (editing) be ruthless!
Thanks so much for this opportunity!


Thanks for your time!
Posted by Dorine White at 5:00 AM