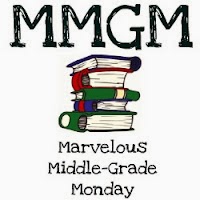 It's middle grade Monday and I am taking a look at a new middle grade series from authors Joan Holub and Suzanne Williams, the Grimmtastic Girls. I am having a giveaway for the first two in the series, Cinderella Stays Late and Red Riding Hood Gets Lost. To enter fill out the rafflecopter form below. If you don't see it click, "read more".

But first, a review of Cinderella Stays Late.
The Story- 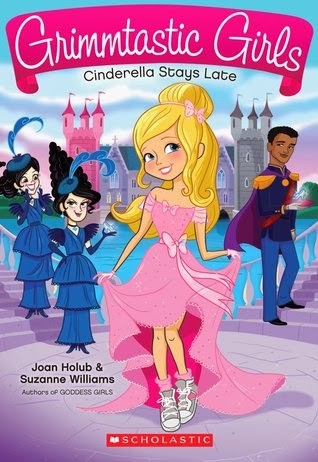 It's Cinderella's first day at Grimm Academy and she is late. Her Steps (stepsisters) took the only carriage and left Cinda to walk to school. They've always been mean to her, but now at the academy they have some diabolical things in store.

Cinda finds salvation in three new friends: Red, Snow and Rapunzel. They believe Cinda's tales about her wicked stepsisters and bring Cinda into their group. It is also Prince Awesome's first day of school. The Steps know all about him and want Cinda to talk them up to the prince.

In celebration of the Prince's arrival at school, he hosts a ball at the end of the week. Cinda is devastated. She can't dance. Her skills involve masketball, a magical basketball-like game. With the help of her new friends, Cinda is able to find a beautiful dress and slippers, but once again, her Steps ruin everything. Plus, there is an important artifact missing from the Grimm library and Cinda is sure her nasty Steps are involved. 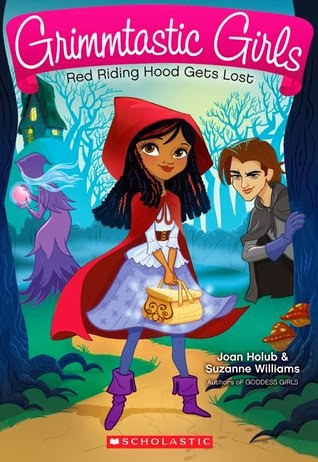 My Thoughts-
It took me a small amount of time to get into the story, mostly because the characters involved are well known to me. I found some of the jokes over-the-top and cringe worthy, however, I don't know if the intended age group ( 8 and up) would agree.

As I moved deeper into the story I found myself drawn into the interesting plot. The authors take the well-known Cinderella story and twist it so that it happens at the school. It was fun to see how they changed different events to correspond with the story. The funnest part is the underlying sub-plot that I believe will be the arc of the series. An  E.V.I.L. society is forming and Grimm land is in danger. By the end of the first book I was ready to crack open the second just to see what happened.

I'm excited to see where this series leads and can't wait to read more. 4 stars!