For a limited time only, grab top notch middle grade books at their lowest prices ever, including AWARD WINNING TITLES, like The Storytellers and Ennara and the Fallen Druid! Also, one lucky winner will receive a bundle of 5 of the titles listed below! Scroll down to enter. But hurry! The giveaway ends on April 10th!!! 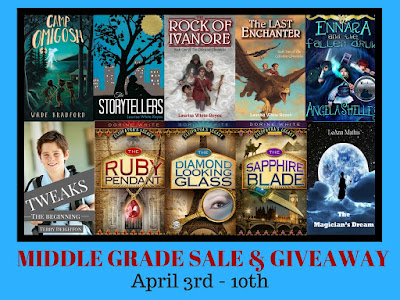 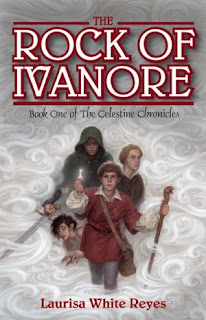 The annual Great Quest is about to be announced in Quendel, a task that will determine the future of Marcus and the other boys from the village who are coming of age. The wizard Zyll commands them to find the Rock of Ivanore, but he doesn’t tell them what the Rock is exactly or where it can be found. Marcus must reach deep within himself to develop new powers of magic and find the strength to survive the wild lands and fierce enemies he encounters as he searches for the illusive Rock. If he succeeds, he will live a life of honor; if he fails, he will live a life of menial labor in shame. With more twists and turns than a labyrinth, and a story in which nothing is at it seems, this tale of deception and discovery keeps readers in suspense until the end. 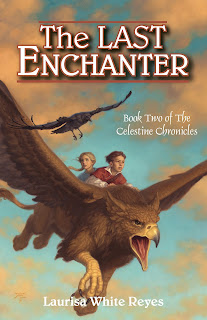 Months have passed since Marcus and Kelvin succeeded in their quest to find the Rock of Ivanore. Kelvin is living as royalty in Dokur, and Marcus is studying magic with Zyll. When Fredric is murdered and Kelvin becomes king, Zyll and Marcus head for Dokur in hopes of protecting Kelvin from meeting the same fate, though it quickly becomes apparent that none of them are safe, and Marcus has had disturbing visions of Zyll's death. With the help of his old friends Clovis and Bryn, joined by new friend Lael, a feisty girl in search of her mother, Marcus uncovers a powerful secret that will change the course of his life forever. 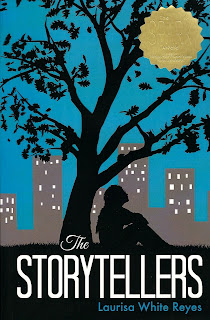 12-year-old Elena Barrios' father has AIDS, a new disease in 1992 with a 100% fatality rate. Rather than face certain ridicule and ostracism, Elena tells her friends anything but the truth, fabricating stories about him being a writer and researcher. But the reality is Elena resents her father’s illness and can’t face the fact that he is dying.

When she is befriended by an older black woman named Ang who tells stories about her own father and the history of prejudice against African Americans in the years before the civil rights movement, Elena is transported into these stories, allowing her to experience them first hand. With Ang's help, Elena discovers the value of every individual, but will that be enough to help her say good-bye to the person she values the most? 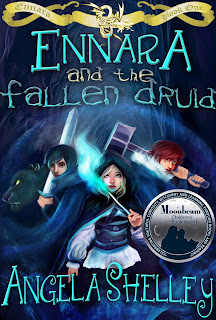 Ennara has always been told she'd have legendary magic when she grew up, but she felt like the most normal girl in the world...
Until one night when she is attacked by a shadowy demon on her farmstead. Suddenly, Ennara is thrust into a world of magic, alchemy, and monsters, and she is charged with a quest to find an ancient sword that can end the shadowy curse--just as it ended the Fallen Druid centuries ago. To succeed, Ennara must confront pirates, servants of the Fallen Druid, and those who would use her magic for their own ends. In the end, she must learn to rely on the strengths of her friends and herself, and the deepest truths of life in the world of medieval Lan. 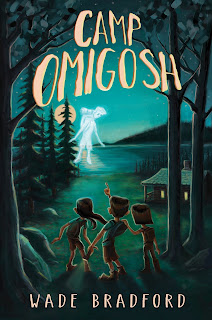 Connor's summer is off to a rough start: the camp bus almost crashes, his cabin mates don't trust him, and the girls on the other side of the camp constantly outsmart him. But when he and his friends Tasha, Parker, and Kimberly investigate the mystery surrounding the "Ghost of Dead Billy," they begin a hilarious adventure that is worlds away from your typical campfire story. 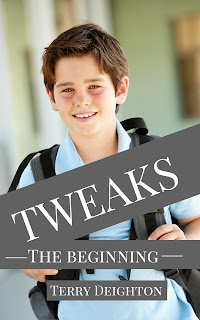 Henry Johnson has a best friend, a crush, a life-long enemy, and no idea his life is a science project.
Then other people’s thoughts start popping into his head. He thinks he’s going crazy until he discovers he’s one of several kids with genetically modified abilities, including the school bully. To find out how they got tweaked, Henry faces betrayal, his parent’s abduction by a greedy scientist, and becoming frenemies with the bully. Can the Tweaks use their new abilities to avoid the greedy scientist on their trail? 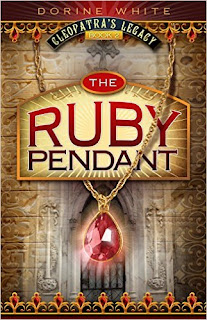 Welcome to New Orleans, home of Mardi Gras, jazz music, and voodoo. 8th grader Melanie Belaforte is home for Spring break and itching for excitement. Late one night she discovers a hidden chamber and a secret journal in her deceased Aunt Florence’s bedroom. The diary contains the writings of a mad woman, along with vague clues to the whereabouts of a ruby necklace that once belonged to Cleopatra. The ruby bestows upon the wearer the power to hear other people’s thoughts- even the thoughts of the dead! And so the hunt begins. Melanie, her best friend Sybil, and a haunting specter unravel clues that take them from crumbling graveyards, to the busy streets of the French Quarter, and then into murky swamps, all to find the prize. But they need to watch out, because a murderous cult is matching them step for step, and they won’t give up, ever. 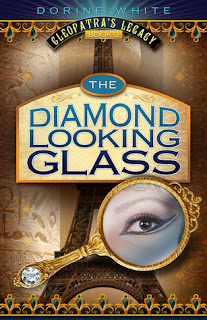 
The world knows it as a cartoon with dancing teacups and broomsticks. To twelve year old Claire La Fleur, it is family history, and the power behind Belle’s mirror is real. Every ten years her family gathers to see if the mirror will awaken, and for the last two hundred years it has slept. This time, Claire’s touch awakens the magic within the diamond looking glass, a direct portal to the past and a way to communicate with Cleopatra, the last pharaoh of Egypt. The lure of power brings with it many perils, and a betrayal close to home thrusts Claire into a treacherous underworld. To protect the mirror, she travels into the Louvre museum in the dark of night, searches abandoned subway tunnels, and walks the catacombs of the dead. 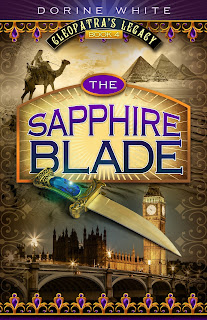 
Travel with past heroes and a new adventurer to the historical romps of London and the scorching sands of Alexandria. Fourteen-year-old Akmir, raised from birth to sacrifice everything in the pursuit of Cleopatra’s magic gemstones, holds within his hands the secret location of the fifth and final mystic gem: the blue sapphire. His quest leads him to England, where four other gemstone searchers: Sara, Melanie, Kainu and Claire, are on the hunt. A pawn of the Roman Brotherhood, Akmir must choose his own path, whether to follow in his father’s brutal footsteps or stay true to his mother’s Egyptian heritage. Clues, puzzles, and danger rule the day. What will happen when the power of all five gemstones are brought together? This is a battle for life and death, and only one side can win. 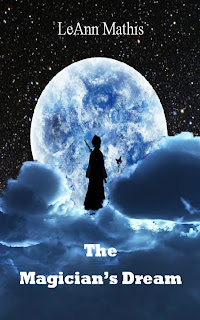 Franklin dreams of a life with equality, but thinks it will never happen. When he transfers to a new school and meets Maddie, he realizes he has access to more power than he thought. It's the 60s and time to make some changes.


a Rafflecopter giveaway
Posted by Dorine White at 12:30 AM