Once Upon A Princess blog tour, author interview, book review and GIVEAWAY!

Welcome to Middle Grade Monday! Today I am taking part in the blog tour for an adorable middle grade, Once Upon a Princess by Christine Marciniak. 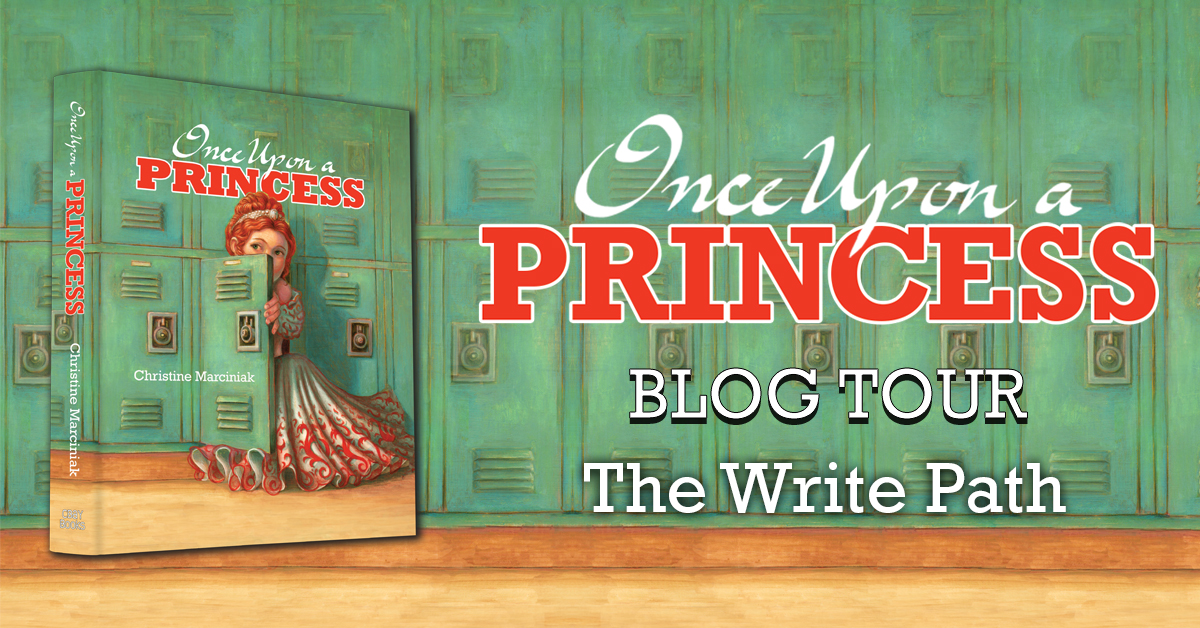 Blurb-
On the evening of the 800th anniversary of the founding of the small European kingdom of Colsteinburg, violence erupts outside the royal palace, throwing one family’s life into chaos. After a coup in her country, Her Royal Highness, Fredericka Elisabetta Teresa von Boden don Morh (or Fritzi to her friends), wakes up one day no longer a princess. Stuck hiding in a suburban American middle school dealing with mean girls, cafeteria lunches, and teachers who don’t understand (or know about) her unique situation, Fritzi just wants to go home to her kingdom and be a princess again. She turns to social media for help, but will her efforts work or make everything worse? With opposition forces trying to force her father’s abdication from the throne, Fritzi discovers that being a true princess doesn’t come from a title. 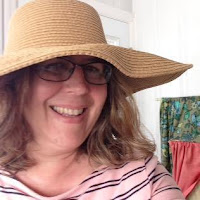 My first career goal was to be Batgirl, but somehow that didn’t pan out. When I was six I thought being a nurse would be good, until I found out that blood would almost definitely be involved.

So I decided instead to be a famous actress.

In high school I decided to be practical and become a lawyer. Then in college, when it came time to think about law school, I realized that what I really wanted to do was write fiction.

All the time. Her website-http://christinemarciniak.com/MyBlog/wordpress/

The Interview-
What was your favorite book as a child and what is the book you most frequently find yourself recommending to others?

I’d have to say one of my favorite books as a child was MANDY by Julie Andrews Edwards. It’s a charming book about an orphaned girl who finds a place for herself. When I first read it I did not realize that the author was the same woman who starred in Mary Poppins and The Sound of Music, As an adult I found the book again to re-read it, hoping it would stand the test of time, and it did. I found it as charming as I had when I was nine. Other books I read voraciously as a child were the Bobbsey Twin books. Those do not stand up quite as well to adult scrutiny.

What book do I frequently recommend to others?

I have very eclectic reading tastes, so what I recommend is going to partly have to do with the interests of the person I’m talking to, and what I’ve recently read. For younger readers I would probably recommend The Last of the Really Great Whangdoodles by Julie Andrews Edwards. I discovered that book when my daughter was young, and it quickly became one of her favorites. I think it is often overlooked when people discuss great books for children. For older readers I’ve found myself recommending Code Name Verity by Elizabeth Wein, The Eyre Affair by Jasper Fford and The Secret Ministry of Ag and Fish by Noreen Roils. Like I said, I have eclectic tastes.

What were the main challenges you faced with setting a present day princess story that included technology?

I think the main challenge for any present day story – princess or not – is that the ubiquitous use of cell phones ruins a lot of plot points. Lost? Look it up on your GPS. Running late? Call the person to let them know. Need someone to come to your rescue, you’ve got help right at your fingertips. Sometimes author’s solve that by letting the character lose their phone, or being out of cell service, or the battery dying. I decided to let Fritzi use the internet in a way that would complicate things for her, not solve all her problems. The biggest problem there is keeping up with what is the latest social media forum that tweens are using these days.

Where did the idea for Once Upon a Princess originally come from?

It seemed to me that it is a fairly common to see stories about someone who is leading a rather ordinary life and suddenly they either find out they are royalty or they marry into royalty and it turns their life upside down. I thought, what if someone was royalty, and then wasn’t – kind of turning the convention on it’s head.

Going off that question, what's the strangest thing you've ever had to research for a book?
Horse Diving. I was setting a book in Atlantic City during the twenties and discovered that one of the main attractions at the time was a horse diving show where a woman would ride a horse as it dove from a platform into a tank of water. I actually bought and read a book by the premier horse diver of the time. A Girl and Five Brave Horses by Sonora Carver. The title is a bit hokey, but the story was fascinating. Other things I’ve found myself researching have been undergarments of the 19th century, the lay out of a scallop boat, the occupation of Bruges during World War I and when toilet paper was invented.

Can you tell us what you're working on next?

This summer I have an adult romance coming out, Emily’s Song, which is a time travel romance set at the beginning of the Civil War. Works in progress include a middle grade book set in Atlantic City during the twenties and another adult romance, also set in the twenties in New Jersey.

Did you have a playlist of music you listened to when you wrote OUAP? Mind sharing a few of those titles?

I really don’t. If I listened to music when I was writing it was most likely going to be Jazz or Classical, because lyrics tend to get in the way of my thought process (harder to write when singing along)

Who is your biggest literary crush? And literary villain?

Biggest literary crush would probably have to be Jamie Fraser from the Outlander series by Diana Gabaldon. And villain? Does Ebeneezer Scrooge count as a villain, even though he’s the hero? I might pick him. Or perhaps Acheron Hades in The Eyre Affair by Jasper Fforde. He is delightfully dastardly.

If Once Upon a Princess were to be made into a movie who would be your first choice to play Fritzi?

I think Millie Bobby Brown would be a good choice, though she’d probably have to dye her hair red.

Was Colsteinburg based on a real country?

If you weren't a writer what profession would you have chosen?

After college I worked as an editor for a travel publication, so perhaps I would still be doing editorial work. Other than that, when I was in high school and the first couple of years of college I assumed I would go on to law school. But I changed my mind before taking the LSATs. Maybe, in an alternate world I would have gone on to become a lawyer instead of a writer.

Book Review-
My Thoughts- This book is a great princess adventure, but I can honestly say that when I got to the end of the story I didn't know if I was satisfied or not. It comes to a logical conclusion for this day and age, but at the same time I wanted the happy ending. Hmm, I'm mixed, but this is definitely a good read.

Fritzi is a great character. She is spunky, fierce, loyal and true. Acting as a typical twelve year-old, she thinks she has to take matters into her own hands to solve a HUGE problem, saving her country. She tries to do it the only way she knows how, through social media. She begins sending out Instragram videos that show a human side to herself and the royal family. I think this is a great idea. She is a real princess, so it trends immediately. In fact, I thought it was enough of a boost to bring the people of her country to the side of the royals. I never felt that the King gave any reason to be forced from the throne, he was new, but it was obvious his people were treated well and were loved by the royal family. So, the ending surprised me.

The actual story of Fritzi and how she handles being in America and attending school is priceless. She determines she will act noble even if no one knows who she really is. She stands up for herself and makes the best of a bad situation. I enjoyed her reactions and her heartfelt feelings. I was a little surprised the the school bully turns out to be the one to understand Fritzi while the first friend she makes at school turns against her. Wow! I'm not sure that the bully's character changes in any way, but the writer does a great job of suddenly turning the readers in her favor.

This is a well written story full of tension, adventure and heart. The danger to Fritzi and her family is palatable and at the end there is a feeling of desperation. The author creates an air of mistrust among the characters and several times she flips things around. I'm giving it 4 stars! 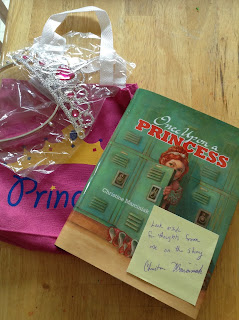