Hi everyone! It has been awhile. I have to say this year has been difficult. If you remember, my father passed in December. That had me not blogging for a bit. Then, my mother became ill and I had to spend weeks in Utah at the hospital and her recovery unit. I had hoped she would get better an acclimate to Utah, so I came home to Seattle. While here I was able to attend the Seattle Writer's Workshop. I thought things were getting back to normal, but in June I learned that my mom and Utah did not agree. The altitude caused her to need extra oxygen.

Both of my siblings live in Utah, so the choice became obvious. She needed to come here. Luckily I had the Storymakers Conference to attend in Provo, Utah, so I was able to fly her home with me. Then came weeks of trying to fix up and sell her home in California. She was finally able to move in with us a few weeks ago. 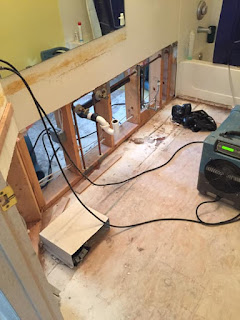 The very next morning I awoke to the sound of my husband dry-vaccing the upstairs bathroom. Overnight the toilet tank had broken, flooding the house. The water took out the bathroom, two bedrooms, the landing, stairs and poured into the garage. Disaster!

I had thought to get back to blogging right after my mom moved in, but nope. We had to have the water damage people come out and rip everything up and away and now we are waiting for there to be a consensus over cost. You can imagine the mess and how we are cramming into rooms.

During this time I have not been able to write what I wanted too and several writing samples that had been requested from agents have sat on hold. Then today a bright light shined down. After a week spent doing GISH, 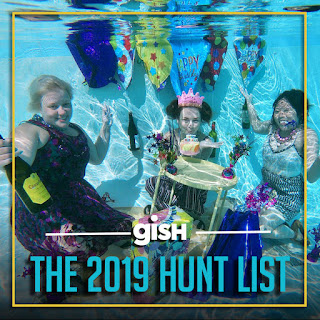 the Greatest International Scavenger Hunt, I received a request for a full manuscript. It came from a query I had sent between situations. Joy filled my heart.

If you are a writer, you know a full MS request doesn't always mean representation, but it is an awesome step in the right direction. It also had me springing into action. I moved around furniture to get to my desktop and get things ready to send out and had a second to blog this post. I hope this request is a sign of good things to come and now that I've made a path to my computer, I'll be blogging more. But bear with me, reconstruction is still looming.
Posted by Dorine White at 10:41 PM