Welcome to YA Friday! Today I am checking out book three in The Program series by Suzanne Young, entitled The Remedy. 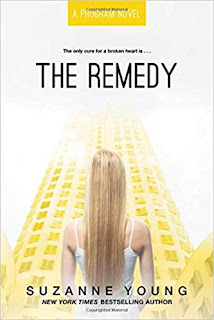 This book happens in the world before The Program, where people are trying to overcome grief by using surrogate people called a Closer. Quinlan McKee has been working as a Closer since the age of seven as is very good at her job, but her newest case goes against all the things she's been taught. She is pulled into the case after no downtime from her last job and told that she is to get personal with the deceased's ex-boyfriend.

Quin struggles to remain herself, often falling into the life of the dead girl she has assumed the roll of, and even finding herself getting romantic with the ex. For the first time ever, she is tempted to stay with the host family.

However, as Quin digs into Catalina's suicide she begins to uncover hidden secrets and discovers the first signs of an epidemic that is being covered up.

My Thoughts-
This is a very clever story. The idea of using Closers who look, think and act just like your deceased person is eerie, but it gives the grievers a chance to say goodbye and not leave loose ends. The actual problem in the story is the Quin has been lied to her entire life and her training has been different than other Closers. She also realizes that she has memories that pop into her brain at random times that don't make sense.

Then we have the mystery of Catalina's suicide. Something just doesn't feel right about it to Quin. 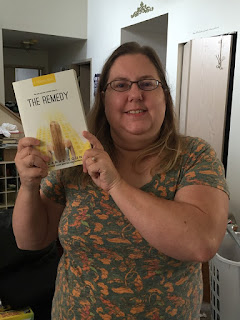 Catalina was happy and had the perfect boyfriend, so what caused her to take her own life. When other people Catalina knew start taking their lives, Quin realizes that the suicides are somehow contagious.

I enjoyed all the tension and mystery surrounding Quin. She is an amazing character who really fights back against the establishment. I wanted to know what had happened to her and also understand what Catalina's death meant. A great read. I'm giving it 4 stars.