Interview with Vanessa Jones, Author of the YA novel Sing like No One's Listening

I've got a fun author interview today. I asked Vanessa some questions about her new book, Sing like No One's Listening. 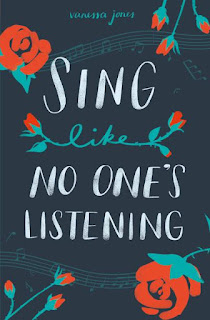 Nettie Delaney has just been accepted into a prestigious performing arts school—the very same school her superstar mother attended. With her mother’s shadow hanging over her, Nettie has her work cut out for her— and everyone is watching. To make matters worse, Nettie hasn’t been able to sing a single note since her mother died. But if she’s going to survive a demanding first year, Nettie will have to work through her grief and deliver a showstopper. Or face expulsion.

As Nettie makes new friendships, navigates a budding crush, and struggles with overcoming her fear of singing, she auditions for the school’s next musical, only to find that the lead role alongside her love interest has been given to someone else. But then the musical lead blackmails Nettie into singing her parts for her while hidden under the stage. Will Nettie be able to summon the courage to find her voice? Or will all the pressure and anxiety of performing come crashing down?

VANESSA JONES trained at Laine Theatre Arts in Surrey, England and went on to be a musical theater actor on West End, performing in shows including Sister Act, Grease, Guys and Dolls, Annie Get Your Gun, and Mary Poppins. She began her writing career with a stage play for a fringe theater and works as a freelance copywriter and editor. She lives in England with her fellow chimney sweep. 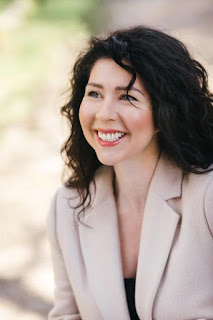 What brought you to the world of writing from acting?

I always wanted to write, ever since I was little. I was an obsessive reader, with “a different book on the go in every room”, as my family would joke! But theatre was always my other passion, and when it was time to choose which path to take at college, it was clear to me that performing had to come first, mainly because there would always be a time limit to a dance career and it was better to train at a younger age. So, I went to train at a Performing Arts school, and from there became a performer in the West End. It was so all-consuming that I didn’t write for several years. When I eventually came back to writing, it was like I had discovered my love for it all over again. To start with, I was juggling writing with working in theatre, grabbing moments backstage with a notebook or laptop, but as time went on and I had my children, it became clear to me that writing was where my heart now was, and I took a step back from performing to concentrate on being an author.

What made you want to write a book about singing?

For me, singing is so intrinsically linked with who I am as a person; it’s woven into my personality, my body. It’s such a deeply intimate thing to share a song with an audience, and I was interested in the idea of what happens when the fear gets in the way and you can’t do that any more. For my main character, Nettie, this is what happens. She has an emotional (and very physical) shock at her audition for a prestigious performing arts college she’s always dreamed of going to; consequently, something happens to her voice and she can’t sing. For her, it’s all wrapped up in the grief she feels for her mother, and her recovery as a singer is heavily dependent on dealing with her feelings of loss.

Do you have an example in your life that inspired you to face your fear just like Nettie does?

I went through a period in my career as a performer when I suddenly developed this huge and terrifying stage fright. Every time I would go into an audition, my heart would start racing, my whole body would shake and my voice would cut out. It got so bad that it started affecting my ability to get work. I never really got to the bottom of why the fear had developed; I think possibly it was because I’d recently  played a small part in a West End musical which had received quite a lot of fuss, and from then on I started to get seen for leading roles, when before I had always been the understudy. Maybe I got in my head about that. The stage fright got so bad that I went to see a hypnotherapist in the end, and I can clearly remember her taking me through the session and thinking how silly it was. I was convinced that it would never work. But the day after, I had two major auditions, and despite thinking that the hypnotherapy had been a waste of time, I sailed into the studio without a care in the world. No shakes, no dry mouth. I ended up being offered both parts. So, I guess it did work!

I think that any creative work you put out there is scary. It leaves you vulnerable, open to criticism. It’s the same with writing. What if people don’t like my work? What if it’s bad? But when I feel the fear, I remind myself that the other option is not to continue creating, and that spurs me on.

What do you think a youth should take away from your book after reading?

It sounds corny, but the older I get the more I know this is true: believe in yourself. Trust in your talent and your abilities and remember that you have something unique to offer the world, even when things get tough. I hope that’s what people take from the book.

What are your future writing plans?

I’m currently editing the sequel, Dance Like No One’s Watching, for the UK publication. I’m also writing a historical fiction novel, and a new YA love story. And another idea keeps prodding at my brain, so I’ll probably have to start that, too!