Wicked Epic Adventures- Another Wallace the Brave Collection By Will Henry 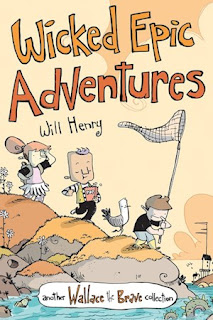 Whether tracking a rogue Sasquatch or plotting the perfect summer,

uncover new mysteries and mischief wherever they go. Brought to life

by the intricate ink-and-watercolor art of Will Henry, Wicked Epic

Adventures will delight young readers as well as their parents, who will

recognize a bold curiosity and timeless charm akin to Calvin and Hobbes.

Plus, after finishing the book, readers can embark on their own creative

adventures through “More to Explore” activities designed by Will Henry! 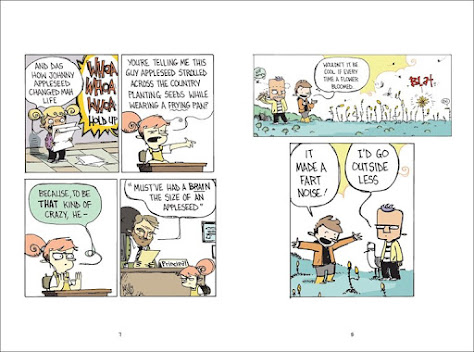 Will Henry is the creator behind Wallace the Brave, which earned the National Cartoonists Society’s Newspaper Comic Strip of the Year award in only its second full year of syndication. Will draws his inspiration from everyday life, and in the age of the smartphone, he aims to re-create a world in which kids still collect bugs and fly kites and eat ice cream cones upside down. He lives in Rhode Island with his wife, two children, his cat, and his mistress, the sea.

“Though lovable, self-assured Wallace is a worthy

successor to Calvin, he’s a strong hero in his own

right, and Wallace the Brave is bound to be a

Another Wallace the Brave Collection

Paper-crafts with Wallace the Brave