Hi Everyone! Today I have an interview with Carole Estby Dagg, the author of The Year We Were Famous. 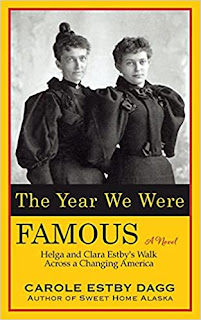 THE YEAR WE WERE FAMOUS is based on the true story of Clara and her suffragist mother, Helga Estby, who walked 4,000 miles from their farm in Mica Creek Washington, to New York City in 1896 in a heroic attempt to win $10,000 that would save the family's farm and prove women could do it.

Equipped only with satchels containing compass and maps, first-aid supplies, journals, pistol, and a curling iron, they headed east along the railroad tracks. In two hundred thirty-two days, they wore out thirty-two pairs of shoes, crossed mountains, deserts, and plains, and survived a highwayman attack, flash flood, blizzards, and days without food and water. For a year, they were famous as they met governors and mayors, camped with Indians, and visited the new president-elect, William McKinley.

They intended to write a book about their adventures, but because of the way their trip ended, their journals were burned. Fortunately, newspapers across the country reported on their travels, and THE YEAR WE WERE FAMOUS is based on those articles, with imagination filling the gaps between known facts. 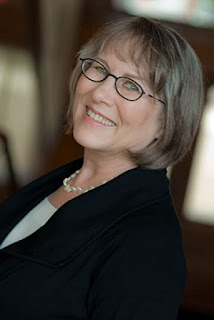 What unusual research methods did you use when writing the first edition?

Once I decided to write historical fiction and not nonfiction, I needed to write in the voice of a late Victorian young woman. To do that, I gave up reading contemporary books and for a year read-only books Clara might have read, from classics for school to the dime novels that were passed from hand to hand among young people of the day.

Besides reading books, I pored over old maps to reconstruct a plausible day-by-day route for the walk. I went on eBay to bid on period postcards of places they passed through, which inspired details for several chapters. I tried baking in a wood stove, drove part of the route with my daughter, and stopped at a little museum in Rawlins, Wyoming, where I bought a pamphlet about a Victorian-era local woman doctor who became Clara’s ‘someone to talk to.’ Approaching the Internet like a treasure hunt, I hopped from clue to clue to research relevant trivia like the history of Underwood typewriters, or the elevation of the pass in the Blue Mountains.

How far did the research take you?

Getting into character, I bought replicas of high-topped shoes and Victorian satchel and combed antique stores for a curling iron, wood, and boar-bristle toothbrush, match safe, and other things Clara and Helga carried with them. I sewed a Gibson Girl blouse and authentically styled under-drawers. I’ll wear the shoes and blouse for presentations but don’t ask me to model the drawers!

Ninety-nine percent of my research never makes it to the book in a way that is obvious to the reader, but it helps draw me into that other world. Besides, it’s fun!

Do you have favorite photos that are now included in this revised edition?

Carole: One of my favorites is the sketch of Clara and Helga that appeared in the New York World upon their arrival in New York City, depicting them both with drawn guns and daggers. I know they would have hated it, because, although it helped sell newspapers, they only used their pistol once, and the ‘dagger’ they carried was probably a pen knife used mostly for sharpening pencils or slicing an apple. The newspaper article completely ignored the fact that one of the goals of the walk was to support the suffrage movement. I like the sketch though because it does show how brave and determined they were to walk across the country by themselves.

Why did you decide to write the book as fiction instead of nonfiction?

Carole: By writing to librarians across the country and scrolling through microfilmed newspaper collections at the University of Washington, I collected a dozen newspaper articles about the walk. Their articles weren’t as helpful as I’d hoped, though they often contradicted each other in details, and descriptions of their adventures were tantalizingly brief. Being lost for three days in the Snake River Lava fields, showing a band of Ute Indians how to use a curling iron, or shooting an assailant just rated one sentence in newspaper accounts.

If I wanted to tell readers what it would have been like to walk those 232 days, I’d have to expand those one-liners into fully developed scenes, and the nonfiction book I had intended to write would have to be historical fiction. I expanded research beyond newspaper articles to circumstances related to the walk, biographies of William McKinley and William Jennings Bryan, who were running for president that year, rattlesnakes and early days of railroading, eating habits of cougars, and frontier treatments for blisters. I must have read about six million words of background material, including reading only what Clara might have read for a whole year, from classics to dime novels.

THE YEAR WE WERE FAMOUS (Revised Edition)

Helga and Clara Estby's Walk Across a Changing America