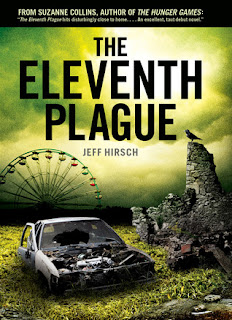 Stephen Quinn and his dad are scavengers, roaming what is left of America after the eleventh plague wiped out a major part of the population and Chinese invaders took care of most of the rest. With his father in a coma, Stephen is one his own, struggling to survive. He chances upon a secret settlement where his very presence turns things into an uproar.

Enter for a chance to win The Eleventh Plague, written by Jeff Hirsch and published by Scholastic. Just fill out the  rafflecopter form below. If you don't see it click 'read more'.