So, the previous two weeks I shared my favorites, but now let's see what's popular in general. Not in any specific order.

1. A Tale of Magic…by Chris Colfer 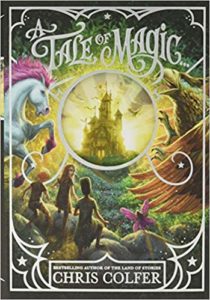 When Brystal Evergreen stumbles across a secret section of the library, she discovers a book that introduces her to a world beyond her imagination and learns the impossible: She is a fairy capable of magic! But in the oppressive Southern Kingdom, women are forbidden from reading and magic is outlawed, so Brystal is swiftly convicted of her crimes and sent to the miserable Bootstrap Correctional Facility.

But with the help of the mysterious Madame Weatherberry, Brystal is whisked away and enrolled in an academy of magic! Adventure comes with a price, however, and when Madame Weatherberry is called away to attend to an important problem she doesn't return.

Do Brystal and her classmates have what it takes to stop a sinister plot that risks the fate of the world, and magic, forever?


2. Ali Cross by James Patterson
Ali Cross has always looked up to his father, former detective and FBI agent Alex Cross. While 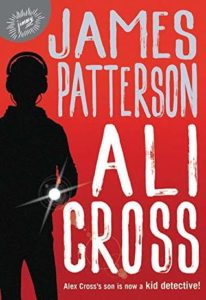 solving some of the nation’s most challenging crimes, his father always kept his head and did the right thing. Can Ali have the same strength and resolve?

When Ali’s best friend Abraham is reported missing, Ali is desperate to find him. At the same time, a string of burglaries targets his neighborhood—and even his own house. With his father on trial for a crime he didn’t commit, it’s up to Ali to search for clues and find his friend. But being a kid sleuth isn’t easy—especially when your father warns you not to get involved!—and Ali soon learns that clues aren’t always what they seem. Will his detective work lead to a break in Abraham’s case or cause even more trouble for the Cross family? 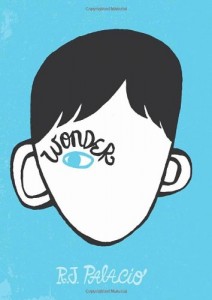 Born with a terrible facial abnormality, this shy, bright ten-year-old has been home-schooled by his parents for his whole life, in an attempt to protect him from the stares and cruelty of the outside world. Now, for the first time, Auggie is being sent to a real school – and he’s dreading it. The thing is, Auggie’s just an ordinary kid, with an extraordinary face. But can he convince his new classmates that he’s just like them, underneath it all? Through the voices of Auggie, his big sister Via, and his new friends Jack and Summer, “Wonder” follows Auggie’s journey through his first year at Beecher Prep.


4. Refugee by Alan Gratz
JOSEF is a Jewish boy living in 1930s Nazi Germany. With the threat of concentration camps 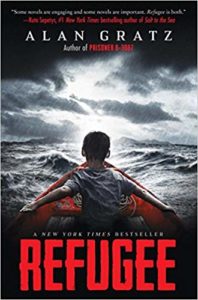 looming, he and his family board a ship bound for the other side of the world . . .

ISABEL is a Cuban girl in 1994. With riots and unrest plaguing her country, she and her family set out on a raft, hoping to find safety in America . . .

MAHMOUD is a Syrian boy in 2015. With his homeland torn apart by violence and destruction, he and his family begin a long trek toward Europe . . .

All three kids go on harrowing journeys in search of refuge. All will face unimaginable dangers — from drownings to bombings to betrayals. But there is always the hope of tomorrow. And although Josef, Isabel, and Mahmoud are separated by continents and decades, shocking connections will tie their stories together in the end. 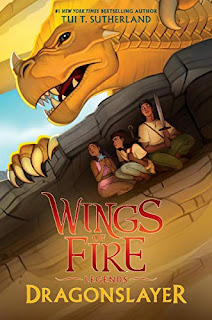 In the shadow of wings . . . humans fight for survival.

Ivy doesn't trust the Dragonslayer. He may be her father and the beloved ruler of Valor, but she knows he's hiding more than the treasure from the sand dragon he killed two decades ago.

Leaf doesn't trust dragons. They're the reason his favorite sister, Wren, is dead, and now he'll do whatever it takes to slay even one.

Wren doesn't trust anyone. She swore off humans after her village tried to sacrifice her to the dragons. She only has one friend, a small, wonderful mountain dragon named Sky, and they don't need anyone else.

In a world of dragons, the humans who scramble around underfoot are easy to overlook. But Ivy, Leaf, and Wren will each cross paths with dragons in ways that could shape the destiny of both species. Is a new future possible for all of them . . . one in which humans can look to the skies with hope instead of fear?
Posted by Dorine White at 5:00 AM