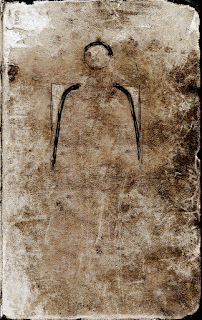 My name is Julian P. Flores and I am many things - a filmmaker, business owner, music producer, husband, proud parent to a dog, an author - but first and foremost, a storyteller. My first novel, Hicks Road: Jacob’s Story, was inspired by a local legend in Amaden, San Jose, Ca, near where I grew up in Willow Glen. I took the first iteration of the tale first to film, then naturally the plot began to grow within me and I captured my thoughts on paper. Although the story takes place over a century ago, there are some pertinent topics that withstand the test of time, such as self discovery and overcoming adversity, and I hope more than anything that readers come away with a connection to the main character, Jacob, who endures many challenges throughout the course of his life.

Set in Almaden, California in the 1850s, young Jacob Smith is viewed as an outcast by his schoolmates and, following an attack by bullies, his family is forced to make a choice that will change his life forever. As the years pass, and the Almaden Quicksilver Mining Establishment industrializes the town, Jacob feels a strong connection to the land until one day he meets an ancient Native who reveals a mystic secret. Now, with the town endangered by a violent gang of outsiders, it is up to Jacob to harness the powers of spiritual Mount Umunhum and confront a destiny much greater than any boy could dream of.

How it came to be: 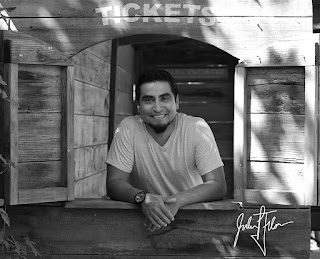 Throughout the course of my life, I’ve become a one-stop-shop for creativity, all fueled by my passion for storytelling, which began at a very young age. Traditionally I write best working from local coffee shops. I like to order my “Earl Grey hot,” plug in my earbuds, and listen to some jazz while writing on my laptop. Since Covid hit, and cafes are no longer accessible, I’ve built out a studio in my home where I can be at peace with nature, looking at the redwoods that surround my home, and enter the writing zone. Something that has been priceless to my story writing has been my use of outlines - extensive, outlines of timelines, and family trees. Especially with a story like Jacob’s, where I also conducted a lot of research on historical facts about Almaden and the time period, I think I’d truly be lost without them.  When I first started writing the manuscript for Jacob’s Story the words just flooded through me, like I was trying to catch a snapshot in time. It ended up being a lot of words with a lot of passion behind them and it needed a lot of attention from an editor.

After many interviews, I met my editor, and eventual co-writer, Megan Sheridan. She had a personal connection to the tall tales of Hicks Road, also growing up in Almaden like me, and we easily found a shared language between us that allowed us to work together on the manuscript. From a process standpoint, I drafted the first copy while she edited, added, or proposed content. At first, she would edit using color-coded font, or suggestion bubbles, but early on I began to trust her judgment and understanding of the story, and I let her edit more freely, helping to connect thoughts, flourish the language, and build upon the scenery. Megan would also leave comments when she edited, sometimes asking questions about a character's actions or commenting on whether she liked something or not. After her review the next step in the process was to format, which took a bit of teamwork, then a final proofread. This was the most tedious part because our heads were both so connected to the story and the language, making small edits harder for us to spot.

Eventually, after many, many months of hard work, we were able to publish, first on Amazon then eventually paper. As an artist, printing on paper is what got me really excited because it gave me the opportunity to showcase my design for the cover (take a look below), illustrations within the books, and customize the chapter headings. To date, we have self-published but have high hopes of working with an agent and publisher one day.