Escape from a Video Game: Mystery on the Starship Crusader by Dustin Brady 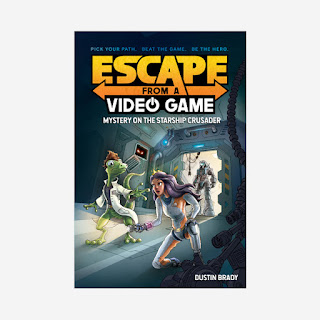 Young gamers control the action in this interactive series from the bestselling author of Trapped in a Video Game. With more than 30 endings and an unlockable bonus adventure, this second book in the series promises hours of screen-free fun.

This is one book that will super-power the interest of any “I’d rather be gaming” kid.  In this pick-your-path adventure, you join eight strangers inside a video game for a chance to win a million dollars. The challenge is simple: survive to the end, and you’re rich. There’s just one problem: A traitor is hiding among your group. One-by-one, crew members of the spaceship start disappearing. Can you find the traitor before it’s too late? 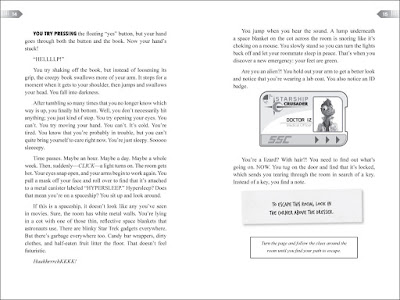 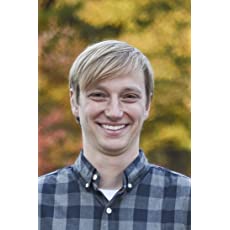 Dustin Brady writes funny, action-packed books for kids. Although he regularly gets locked out of his own accounts for forgetting passwords, Dustin still remembers the Super Mario Bros. 3 game genie code for infinite lives. It’s SLXPLOVS. Dustin lives in Cleveland, Ohio, with his wife, kids, and a small dog named Nugget.