The Chance to Fly by Ali Stroker; Stacy Davidowitz 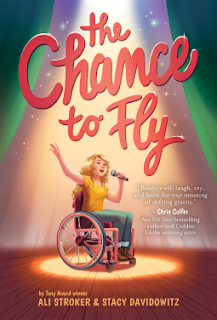 A heartfelt middle-grade novel about a theater-loving girl who uses a wheelchair for mobility and her quest to defy expectations—and gravity—from Tony award–winning actress Ali Stroker and Stacy Davidowitz.

Thirteen-year-old Nat Beacon loves a lot of things: her dog Warbucks, her best friend Chloe, and competing on her wheelchair racing team, the Zoomers, to name a few. But there’s one thing she’s absolutely OBSESSED with: MUSICALS! From Hamilton to Les Mis, there’s not a cast album she hasn’t memorized and belted along to. She’s never actually been in a musical though or even seen an actor who uses a wheelchair for mobility on stage. Would someone like Nat ever get cast?

But when Nat’s family moves from California to New Jersey, Nat stumbles upon auditions for a kids’ production of Wicked, one of her favorite musicals ever! And she gets into the ensemble! The other cast members are super cool and inclusive (well, most of them)— especially Malik, the male lead and cutest boy Nat’s ever seen. But when things go awry a week before opening night, will Nat be able to cast her fears and insecurities aside and “Defy Gravity” in every sense of the song title?

A Note From the Publisher 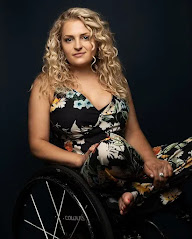 Ali Stroker made history as the first actress who uses a wheelchair to appear on Broadway in Michael Arden’s revival of Spring Awakening and the first person in a wheelchair to win a Tony Award for her role in Daniel Fish’s production of Oklahoma! Stroker is the first wheelchair user to graduate from the NYU Tisch drama program, and she has starred, recurred, and guested in numerous network television productions, including Glee. This is her debut novel. Stacy Davidowitz is the author of the Camp Rolling Hills series and co-author of Camp Rolling Hills the Musical, which continues to have productions across the country. She is also the author of the Hanazuki series based on Hasbro’s YouTube series. When she is not writing, she is teaching creative writing and musical theater in schools, foster care facilities, and juvenile detention centers. She is a proud graduate of Tufts University and Columbia University, where she earned degrees in drama and acting. Fun fact: Growing up, she was in seven productions of Annie. Stacy lives in Manhattan with her husband and twin boys. 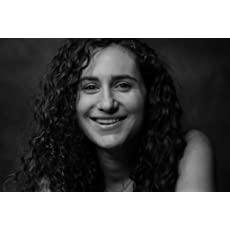 Stacy Davidowitz is the author of the Camp Rolling Hills series and coauthor of Camp Rolling Hills the Musical, which continues to have productions across the country. Most recently, she co-authored The Chance to Fly with Tony Award-winning Ali Stroker about a Broadway superfan who uses a wheelchair, and the summer she overcomes fears to turn her fandom into stardom. Stacy is also the author of the Hanazuki chapter-book series based on Hasbro's YouTube series. Stacy has written award-winning plays that have been produced regionally and internationally, and are published by Broadway Play Publishing, Stage Rights, and YouthPLAYS. When she is not writing, she teaches creative writing and musical theater in schools, foster care facilities, and juvenile detention centers. She is a proud graduate of Tufts University and Columbia University, where she earned degrees in drama and acting. Stacy lives in Manhattan with her husband and twin boys. stacydavidowitz.com. www.camprollinghills.com.

“Every theater kid in the world will instantly fall in love with Nat Beacon and relate to her story of perseverance. The Chance To Fly is as unique, inspirational, and full of heart as Ali Stroker is herself. She and Stacy Davidowitz will make readers laugh, cry, and teach them the true meaning of defying gravity.”

“The perfect read for any dream chaser . . . You’ll realize how unlimited your possibilities are.”